The world was a little stranger in the 1930s, according to old issues of The Raleigh Register.

In 1934, people in Raleigh County started seeing a horrible beast that would eventually be known as “The Fireco Monster.”

No accurate description of the monster was ever written, but witnesses say it was “10 feet long and could snatch the heads off of fully grown hogs,” according to the July 15, 1936, edition of The Raleigh Register.

Others say the beast had tiny little baby feet with claws on the end. These baby feet were immensely powerful, though.

They could rip up clumps of earth that weighed more than 50 pounds, according to Dr. W.G. Moran of Fireco.

One woman from Odd said she saw the creature.

“It had eyes in the end of its nose and it would mock people when they yelled at it,” Varnie Farley said in The Raleigh Register.

One man had a bottle of ale and offered to kill the monster with his 12-gauge shotgun, according to Walter Steele, a resident of Odd.

By the fourth bottle, all bets were off and the man said he would kill the beast with his bare hands by choking it to death.

Harold Riffe, a columnist for The Raleigh Register, heard tales that people were getting desperate in their efforts to get rid of the Fireco Monster.

“Over in Odd, there was a fly that survived the winter and several attempts on his life,” Riffe wrote in 1936. “One citizen, according to Walter Steele from the Grant Logan store, had planned to kill the fly with a glue trap, but the trap stuck to the fly’s head, giving him a fancy parasol.

“Plans are being made by the Odd Civic Betterment Club to have the fly attack the Fireco Monster. The hope is that the two will kill each other and get rid of the two beasts.”

A letter to the editor in ’36 said they wouldn’t be surprised if the Fireco Monster made another comeback.

“It will probably be spotted some Saturday night after folks get back from the state store in Beckley,” according to an anonymous letter. If you’re not familiar with “the state store,” that was the state-run liquor store back in the day.

The monster turned out to be a worm.

The doctor’s theory was that, under the right lighting conditions, the worm would appear to be 10 feet long and monstrous.

The newspaper wasn’t convinced, but no more stories of the Fireco Monster were written afterward. 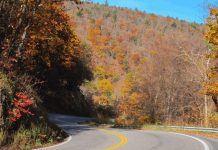 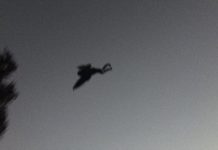 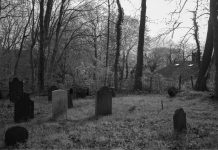