In 1979 in the small town of Rainelle, W.Va, I along with my brother and twenty other people stood near the railroad tracks around noon. A silver Galactica-type of a ship about 90 yards in length slowly moved towards us. It had a lot of windows and alien markings underneath the ship, almost Egyptian like. The railroad tracks were shaking as it followed 50 feet above the rails. A car almost wrecked when they saw it. A retired naval officer stood baffled as he witnessed the event in the clear skies. We were all amazed while watching it during our picnic.

It moved slowly through the town like a tour bus. It took nearly ten minutes to pass by. It made “Close Encounters” look pale in comparison to what we witnessed this day. It was so close, I could have hit it with a rock. It was the clearest and closest sighting we have ever seen.

After the ship had left, the retired naval officer came to us and said that he knew aliens existed but were amazed at how huge this ship was. Flying by slowly through town in the midday. It was the talk of the town for years. 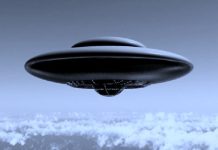 March 15, 2011
I've worked as a security guard for six years,and worked on many job sites around surface mines in McDowell County and Wyoming County. One...

September 4, 2009
Not much of anything to write about this experience, but as a long time believer of UFO's, Ghosts, and paranormal activity in general; I...
© 1999-2023 West Virginia Ghosts. All rights reserved.